Doris Mae Walker, 95 of West Liberty, Ohio passed away peacefully June 5, 2022.  Doris had been a resident of Green Hills in West Liberty for the past four years.  Born in Washington Courthouse, Ohio the daughter of Nelson and Faye (Bruce) Kuehner.  Her family moved to Columbus when she was young, she was the oldest of eight children.  As did many young women during that time, she went to work for her country in the factories during World War ll.  Doris worked at General Motors, Timkens Roller Bearing Company and Fairmont Creamery among others.  She worked many of these jobs with her lifelong best friend, Betty Schmidt.

Doris married Arthur Hixson and when their children were young, they moved to Union County, Ohio.  She later went back to the workforce for several years at Magnetic Machine Shop.  Some years afterwards she met and married the love of her life, William (Bill) Walker, pastor of South Webster Baptist Church and settled into life in Southern Ohio as a pastor’s wife.  Doris had been a member of South Webster Baptist Church since 1981 and had also enjoyed being a member of the Ladies Missionary Circle. When Bill retired, they moved to Wheelersburg, Ohio until his passing in 2002.  About a year later she moved to South Carolina to be near her daughter, Donna.  In 2018, Doris moved back to Ohio and shortly thereafter became a resident at Green Hills Center.  She had been in declining health the last few years.

Doris was a life-long fan of singer Perry Como and loved collecting elephants, she also enjoyed crossword puzzles and strawberry ice cream.  Doris’s greatest joys were her family and serving the Lord in church.

Visitation will be from 12 Noon to 2 PM Thursday June 9, 2022 with funeral services at 2 PM at D.W. Swick Funeral Home in Wheelersburg, Ohio. Interment will follow at South Webster Cemetery. 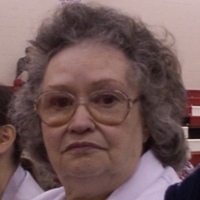