Charles Russell Turner, 71 of Winchester, died Sunday May 22, 2022 at the Grand of Dublin Senior Living. Charles was born January 10, 1951 in Portsmouth to Gerald and Jean Jones Turner. Along with his parents he is preceded in death by his wife Robin Turner, and a brother Gerald “Little Gerald” Turner.

Charles served in the United States Air Force as well as the National Guard. He received his Associated degree in Nursing and Business Administration. After college he had many professions such as a nurse, a truck driver, and his favorite profession, a salesman.

Funeral Services will be 7:00PM Thursday, June 2, 2022 at the Roger W. Davis Funeral Home in West Portsmouth with Reverend Chris Crank officiating. Military honors will be given by the James Dickey Post 23 American Legion. Friends may call at the funeral home on Thursday starting at 6PM. Condolences may be sent to www.rogerwdavisfuneralhome.com 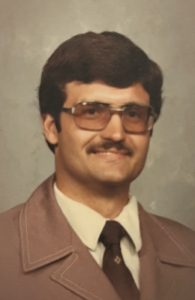