Charles “Chuck” M. Wiltshire, 71 years old, West Portsmouth resident, went home to be with the Lord on May 20,2022. Chuck was born in Portsmouth, OH, to Chleo and Pauline (Nee Hammond) Wiltshire on November 28, 1950. He graduated in 1968 from West Portsmouth High School. Chuck was Veteran of Army National Guard. He enjoyed fishing, hunting, photography, all types of sports and singing in church. Chuck worked at Portsmouth Gaseous Diffusion Plant, just 3 months shy of 50 years when he passed. He was actively involved in his children and grandchildren lives as a coach. He was Pastor of Turkey Creek Freewill Baptist Church for 19 years, and ministered for over 50 years. Chuck also was owner and operator of Chucks Lawncare established in 1981 to 2000.

He was preceded in death by his parents, one brother Craig Wiltshire, and one infant child.

Friends and family will be received on Friday, May 27, 2022, 12:00 NOON to time of Funeral Service at 1:00 PM, all at F.C. Daehler Mortuary, 915 Ninth St., Portsmouth, OH 45662. Interment with Military Honors at Scioto Burial Park, immediately following the service.

Please visit www.fcdaehlermortuary.com to leave a special memory of Chuck or condolences for his family. 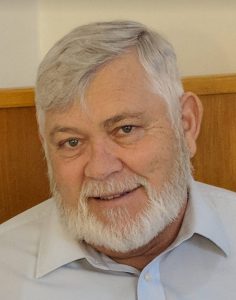