Sharon Ann Swords, 74, of Medina, formerly of Racine, died Friday, May 20, 2022, at Sanctuary Nursing Hospice in Wadsworth, Ohio. She was born February 29, 1948, to the late Paul Elmer and Effie Ann Baker Richards in Elyria, Ohio. Along with her parents, Sharon is preceded in death by her husband, Everett Swords, who she married July 26, 1979.

Sharon was a nurse and spent her life caring for others, as well as her loving family that she cherished.

Funeral services will be 2:00 PM Wednesday, May 25, 2022, at the Roger W. Davis Funeral Home in West Portsmouth with Anthony Hoffer officiating and interment in Worley’s Run to follow at a later date.  Friends may call at the funeral home on Wednesday starting at 12:00 PM. Condolences may be sent to www.rogerwdavisfuneralhome.com. 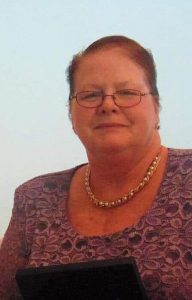