Ruby Christy 75, of Stout, died Sunday May 22, 2022 at Riverside Hospital in Columbus. She was born October 15, 1946 in Blue Creek to the last James and Pearl Parker Blevins.

Along with her parents she was preceded in death by 10 brothers and sisters.

Ruby was a devout Christian and homemaker. She formerly worked in a factory and took care of veterans in the veteran’s home. She was loved by everyone in Buena Vista, especially the children.

Ruby is survived by her husband Robert Christy, whom she married on October 22, 1988, 2 sons: Eugene (Eiggy) Kitchen and Victor (Tracey) Kitchen, 2 daughters: June (Vernon) Cooper and Teressa Copas (Walter Williams), 2 sisters: Helen Salyers and Bertha Furnier, a grandson she raised, James Copas along with 9 other grandchildren and 12 great grandchildren.

Funeral services will be 1:00 PM Thursday May 26, 2022 at the Roger W. Davis Funeral Home in West Portsmouth and interment in Sandy Springs Cemetery. Friends may call at the funeral home from 6 to 8:00 PM on Wednesday and from 11 until the funeral hour on Thursday. Condolences may be sent to www.rogerwdavisfuneralhome.com. 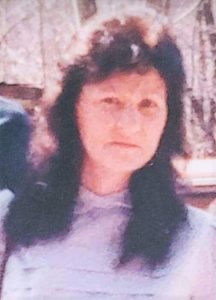