Todd Andrew Skiver, 52, of Portsmouth, died Monday, May 16, 2022 at SOMC. He was born July 31, 1969 in Portsmouth, to Jerry and Diane (Mauk) Skiver. Todd was an Auto Detailer, having worked many years at Monroe’s Frame and Collision. He was a car enthusiast, but his biggest love, was his love for music, where he excelled as a guitarist. Todd also attended Cornerstone United Methodist Church.

Todd was preceded in death by his grandparents; Roy and Lola Mauk, John Skiver, and Lottie Estep.

He is survived by his parents; Jerry and Diane (Mauk) Skiver of Portsmouth, siblings, Julie Skiver Stanton (David) of Ft. Lauderdale, FL, Jonathan Skiver of Portsmouth (and partner Tim Quade of Ashland, KY) and Stephanie Sheard (Bob) of Cincinnati, and his niece and nephew, Abigail and Blake Sheard. Todd is also survived by three uncles; Mike Skiver (Cathy) of Wheelersburg, Tab Estep of Ironton, and Dana Mauk (Susan) of Phoenix, AZ, and several cousins.

Funeral services will be 6:00 P.M. Friday, May 20, 2022 at Melcher Hammer Funeral Home in Portsmouth with Minister Dennis Dawes officiating. A visitation for friends and family will be on Friday from 3:00 P.M. until the time of service at 6:00 P.M.

In lieu of flowers, donations can be made to the following organizations: 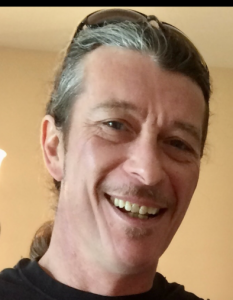