Tom was a proud Vietnam Navy Veteran, a union plumber and pipefitter, and most importantly, Tom followed God’s plan of salvation on March 30, 2022 and was immersed into Christ and attended the  Allen Chapel Church of Christ in South Shore, KY.

In addition to his parents, he was preceded in death by a step-son, Mayo Michael Campbell, and three of his siblings; Dave Spackey, Jim Spackey, and Dixie Stump.

Tom is survived by his loving companion for over 30 years, Kathy Campbell of Portsmouth, three daughters; Kimberly Spackey of Portsmouth, Lori Morrow of Lucasville, and Jamie Spackey (Jimmy Yonce) of Portsmouth, a step-daughter, Angela Lynn Pierce (Che) of Sydney, a brother, Mike Spackey (Anita) of Logan, two sisters, Nancy Dougherty of Logan and Joann Spackey, a sister-in-law, Ruby Spackey of Logan, and a special friend, Dale Phillips of Portsmouth.

Tom also is survived by his work family at B B & E, Inc., Bobby Lee Evans Sr., Bobby Lee Evans Jr. (Becky), Billy Truitt, “the son he never had” and all the rest of the guys that made him feel a part of the group, even after his retirement.

Funeral services will be 4:00 P.M. Friday, May 13, 2022 at Melcher Hammer Funeral Home in Portsmouth with Evangelist David Bentley and Elder Harold Dupuy officiating. A visitation for friends and family will be on Friday from 2:00 P.M. until the start of service at 4:00 P.M. Military rites will be provided by the American Legion, James Dickey Post #23. 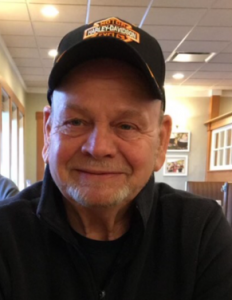