Stanley Martin Collins, 67, of Portsmouth passed away Monday, May 9, 2022 at SOMC Hospice in Portsmouth.  Stanley was born September 14, 1955 in Portsmouth to the late Norman and Evelyn (Webb) Collins.  He loved to fish and hunt and enjoyed spending time with his grandchildren.

Funeral services will be held 1:00p.m. Friday, May 13, 2022 at D.W. SWICK FUNERAL HOME in New Boston.  Interment will follow at Sunset Memorial Gardens in Franklin Furnace.  Friends may call Thursday from 5:00p.m. until 7:00 p.m. and one hour prior to the services on Friday at the funeral home.  Online condolences may be left at DWSwickFuneralHome.com. 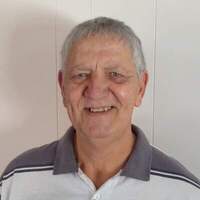