Linda Kay Tackett, 72, of Lucasville, Ohio passed away Saturday, May 14, 2022 at Portsmouth Health and Rehab in Portsmouth.  She was born March 14, 1950 in Portsmouth, Ohio to the late Ralph and Louella Adams Hoffer.  On April 9, 1965 she was united in marriage Billy Ray Tackett who preceded her in death on November 26, 2020. Surviving are her children, Joey (Tammy) Tackett of Chillicothe, Ohio, Terry (Mary Holsinger) Tackett of McDermott, Ohio, Bonnie (Paul Yoder) Tackett of Portsmouth, Brian (Kristie) Tackett of Minford, Jimmie (Jeannie Ponder) Tackett of Lucasville, Angie (Dustin) Williams of Blue Creek, Ohio and Sandra (Dustin) Mayhew of McDermott; 18 grandchildren and 13 great-grandchildren.  In addition to her parents and husband she was preceded in death by a daughter, Brenda Kay Tackett, a son, William Tackett and two great grandchildren, Jacob Tackett and Madison Barrett.

In lieu of flowers donations may be made to the funeral home to help the family with the cost of funeral services. 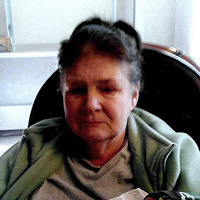