John is survived by his wife of 24 years, Patricia Rae Stapleton Watkins. The couple was married in Jacksonville, NC on December 10, 1997.

A Memorial Service will be held at 11 A.M. Monday at the Ralph F. Scott Funeral Home in Portsmouth with Bishop Harold Bell officiating. Interment will be in Greenlawn Cemetery’s Soldier’s Circle at a later date.

The family will receive friends at the funeral home from 10 A.M to 11 A.M. Monday.

The flag of the United States Marine Corps will fly at the funeral home in honor of Mr. Watkins’ service to our country. 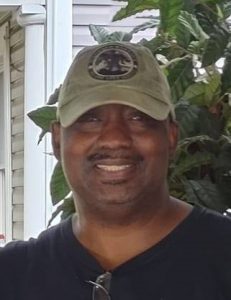