Kelly was a 1974 graduate of Portsmouth West High School where he excelled in basketball. After graduation he attend the University of Alabama to play basketball. Kelly formerly helped out with the Portsmouth West High School boys and girls basketball teams. He was a member of Laborers Local 83. Kelly loved to golf with his buddies in the Risner group and always look forward to Saturday night Ping Pong. Kelly’s favorite saying was “Let me know if you need any help.”

Funeral services will be 1:00 PM Tuesday May 10, 2022 at the Roger W. Davis Funeral Home in West Portsmouth with Rick Phillips officiating and interment in Scioto Burial Park. Friends may call at the funeral home from 5 to 8:00 PM on Monday and one hour prior to the service on Tuesday. Condolences may be sent to www.rogerwdavisfuneralhome.com. 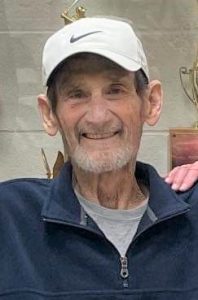