Joe Knapp, age 76, passed away on May 6, 2022, in Portsmouth, Ohio. He was preceded in death by his parents, Harvey and Jane (Waddell) Knapp of Sciotoville; his sisters Doe Kennedy and Nancy Morrison, and brother-in-law, Ben Morrison. He is survived by his wife, Linda (Niner) Knapp; daughters, Jill (Mike) Mercer of Bexley, Ohio; Jenny (Nick) Glockner of Wheelersburg; his three grandsons, Connor Glockner, Mark Glockner, and Alex Mercer; and his nephew Jim (Beth Ann) Kennedy of Sciotoville.

Joe graduated from The Ohio State university in 1969  and was an avid Buckeye for life. After graduation, he served in the Army as a First Lieutenant in the Vietnam War until 1971, when he arrived home safely and married Linda. In 2021, they celebrated 50 years together. Joe was a principal in the Portsmouth City School District for over 25 years, spending most of his tenure at East High School, where he was a 1964 graduate, and also at Grant and McKinley. He was known for being stern and fun, and would oftentimes have his two girls in tow at sporting events and school functions. Although he retired over 20 years ago, it was rare to be anywhere in Portsmouth without someone greeting “Mr. Knapp” with a smile.

Joe was very passionate about his hobbies, most notably: trains. His model-train layouts were some of the best in the country; published in magazines and displayed at train shows throughout the area. He hosted the Train Show during Christmastime at McKinley Middle School for many years, donating all proceeds to the school. He even built a vehicle that ran on abandoned railroad tracks, the Rail Runner, and would take it on many adventures.

After retirement, Joe set his sights on a Harley Davidson, specifically a Heritage Softail. Around that same time, he became fascinated (some would say obsessed!) with the Wild West. He hopped on his iron steed every summer and would spend weeks traversing the mountains, valleys, deserts, and National Parks of the West. He traded her in for a CVO Streetglide and spent many more years out on the open road and making the absolute most of his retirement.

Joe loved life and lived it to the fullest, but more than anything he loved his family and friends. He was very close to his daughters and their families, and would spend much of his time with them on his “Almosta Ranch,” riding 4-wheelers, fishing, hiking, or just sitting by a bonfire. And he was always up for a game of Texas Hold ‘em. He was one-of-a-kind and will be missed tremendously by his loved ones. Joe, Dad, Joe Pa, Cowboy, Kemosabe – We love you forever. ARRIBA YEEHAW!!!

Funeral services will be held 2:00p.m. Monday, May 9, 2022 at D.W. SWICK FUNERAL HOME (WOLFE – NELSON CHAPEL) in Sciotoville with Jimmy Bailey officiating. Interment to follow at Sunset Memorial Gardens in Franklin Furnace with military graveside honors presented by James Dickey Post #23 of the American Legion.  Friends may call Sunday May 8, 2022 from 4:00 p.m. until 6:00 p.m. at the funeral home and one hour prior to the services on Monday. Online condolences may be left at DWSwickFuneralHome.com. 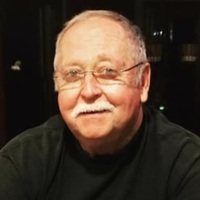