Melba Loretta Craft-Comer 86 of Wheelersburg, Ohio passed away at SOMC Hospice on April 27th, 2022 in Portsmouth, Ohio.
Born on February 18, 1936, Melba was the daughter of the late George D. Williams and Esther Howard Williams.

Melba worked as a nurse for SOMC for many years. Melba was a devoted mother, grandmother, great-grandmother and great-great-grandmother.
Melba was blessed with a large and loving family. Her devotion to her family and her firm belief in God supported her in her life and provided her great peace. She will be dearly missed by her loved ones.

Melba is survived by her two daughters Rebecca Ann Will (Scott) of Wheelersburg, Kimberly Faye Craft of Portsmouth and special son-in-law James “Jim” Stringer of Wheelersburg and daughter-in-law Deby Craft.

Melba would like to thank all of her neighbors and friends whom she loved dearly.

The family would like to thank the SOMC Hospice Center for all their kindness and support. 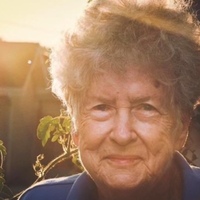