Hester Jenkins, 86 of Minford passed away Sunday, May 1, 2022 at Randall Residence in Wheelersburg. She was born August 12, 1935 in Olive Hill, Kentucky, a daughter of the late Elexious Harrison and Mary Fultz Conley. She was a 1953 graduate of Olive Hill High School in Oliver Hill, Kentucky and after graduation; Hester attended Southeastern Business College (1953-1954), worked at the grocery store and gas company. She was a member and former Worthy Matron of Lucasville Chapter No. 495 Order of the Eastern Star, served on the Advisory Board of Lucasville Rainbow Girls for many years and was the former Mother Advisor. She was a former member of Minford Ladies Auxiliary Post 622, an EMT for Minford Squad 3, sold Avon and worked at the Dairy Bar for several years. Hester also organized St. Jude Bike-a-thon in Minford. She loved gardening, babysitting her grandkids and attending musical performances and concerts and attended Cedar Street Church of Christ in Christian Union.

In addition to her parents, she was preceded in death by her husband on January 2, 2004, Mana Jenkins, Jr. whom she married on October 23, 1954 in Liberty, IN, and nine brothers and sisters, Virgil, Letha, Dona, Ruth, Vada, John, EH, Jr., Rankin and Ernest.

The family would like to thank Randall Residence & Staff, SOMC Hospice, and Connie and Kara for their exceptional care.

Funeral services will be conducted at 2:00 p.m. Thursday, May 5, 2022 at Erwin-Dodson-Allen Funeral Home in Minford with Pastor Brad Angus officiating. Burial will be in Sunset Memorial Gardens in Franklin Furnace. Friends may call at the funeral home from 5:00 to 8:00 p.m. Wednesday and one hour prior to the service on Thursday. Online condolences may be sent to www.edafh.com. 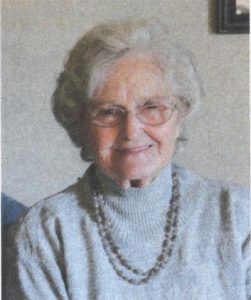