He was a 1995 graduate of Northwest high School and was employed by The Harper Company where he was a Foreman.

Along with his parents he is survived by his stepfather M.G. Scott, his wife Cindy Phipps Wolfe, 3 daughters: Mariah Lynn Wolfe, Merissa L. Wolfe and Madison L Wolfe, a brothers Christopher Wolfe, a sister, Emmy Lakes Lute, a special uncle Truman Lyons, along with many aunts, uncles, nieces and nephews.

Funeral services will be 4:00 PM Friday April 29, 2022 at the Roger W. Davis Funeral Home in West Portsmouth and interment in Wolfe Family Cemetery. Friends may call at the funeral home on Friday starting at 2:00 PM. Condolences may be sent to www.rogerwdavisfuneralhome.com. 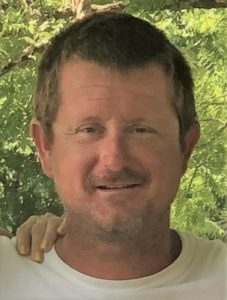