Phyllis Meade, 88 of West Portsmouth, died Thursday April 21, 2022 at SOMC Hospice. She was born June 4, 1933 in Portsmouth to the late George and Evelyn Nagle Adams.

Phyllis retired from the city of Portsmouth where she was a meter maid and a records clerk.

Along with her parents Phyllis was preceded in death by her husband David Lee Meade, whom she married on June 22, 1951.

Funeral services will be 1:00 PM Tuesday April 26, 2022 at the Roger W. Davis Funeral Home in West Portsmouth with Don Seevers officiating and interment in Scioto Burial Park. Friends may call at the funeral home on Tuesday starting at 11:00 AMv. Condolences may be sent to www.rogerwdavisfuneralhome.com. 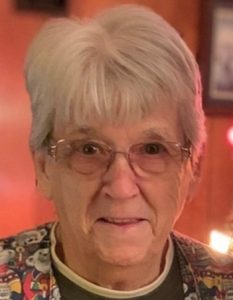