Kenneth Allen, 89, of Portsmouth, died on Sunday, April 17, 2022 at Ohio State Medical Center in Columbus. He was born February 7, 1933 in Portsmouth to the late Chester and Leona (Clark) Allen.

He was a United States Army Veteran, having served in the Korean War. He later went to Barber School where he worked and later owned Allen’s Barber Shop in Portsmouth.

In addition to his parents, he was preceded in death by his wife, Lola (Gardner) Allen, his siblings; James Allen, Jerry Allen, Chester Allen Jr., Robert Allen, and Clarice Davis.

Kenneth is survived by his daughter, Stephanie Allen of Columbus, two sisters, Doris Goines of San Dimas, CA and Shirley Jackson of Marina Del Rey, CA, and many nieces and nephews.

Funeral services will be at 3:00 P.M. Sunday, April 24, 2022, at Melcher Hammer Funeral Home in Portsmouth with Rev. Margaret V.L. Tyson officiating. Burial will follow at Friendship Cemetery in Friendship. A visitation for friends and relatives will be on Sunday from 1:00 P.M. to 3:00 P.M. at the funeral home. 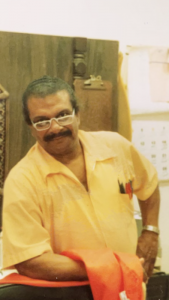