Carl was a boiler engineer at Pixelle, a member of Steel Workers Union Local 731 and Fire Chief for 33 years for the Scioto Township Fire Department.  He was also a former Beaver Squad 3 and Piketon Squad 4 EMS member, a member of Beaver 300 Fire Department and a Pike County Sheriff Auxiliary officer.  Carl was a 4-H advisor and was a 1980 graduate of Eastern High School.  He loved camping with family and friends, cooking and feeding others.

Funeral services will be 1:00 p.m. on Thursday, April 28, 2022 at Botkin Hornback Funeral Home with Wayne Smith officiating.  Burial will follow in Bailey Chapel Cemetery.  Family will receive friends on Thursday from 11:00 a.m. until 1:00 p.m. at the funeral home. 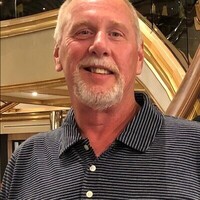