Although she retired from it professionally, Doris never stopped being a caregiver and a minister.  During her career as a minister, she pastored two churches and was an assistant pastor of two, and she preached at a staggering 27 churches.  Doris was renowned for her dedicated daily prayers, she kept a two page list of individuals, families and churches that she would pray for every single day.  Doris was also a mentor to many young pastors, as she would often invite new ministers to her churches in order to help them sharpen their skills.  Doris was a member of Beechfork Church and recently Nile Community Church.

During the last months of her life, she was blessed by frequent weekly visits from her dedicated church family.  She and her pastor, Danny Smalley, were great friends and “prayer warriors”.  Danny ministered to Doris up until her final moments of her life, singing her into heaven.

Truly, if it were possible for one person to be the embodiment of a great women, Doris would be it.  She had an enormous heart and a soft spot for the outsiders in our society.  She would provide love and shelter to those who desperately needed it.  Her sense of humor was wondrous, she would often joke with her grandchildren about who her favorite was, often changing it as they completed with one another for top ranking.  However, what they failed to realize was that…all of her grandchildren were equally beloved by her.  Doris Nell Eichenlaub loved her family very deeply, and she will be sorely missed by those of us who survive her.  In lieu of flowers, please instead donate to the SOMC Hospice who cared for her lovingly in her final days.

Funeral services will be 1:00 p.m. Tuesday, April 19, 2022 at Beechfork Church with Pastor Danny Smalley officiating.  Burial will follow in Scioto Burial Park.  Family will receive friends on Monday at Botkin Hornback Funeral Home in Otway from 5:00 p.m. – 7:00 p.m. and one hour prior to the service at the church on Tuesday. 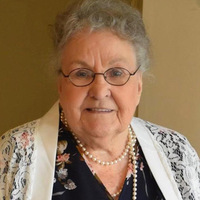