Stephen “Ric Swann” Norman, 62, of Cedar Rapids, formerly of West Portsmouth, passed away on April 6, 2022, after a long, courageous battle with multiple cancers.

For over 20 years, Ric was beloved throughout Eastern Iowa as one half of the Schulte & Swann hit morning show on Z102.9, Max 102.9 and Q103. Ric was known on-air for his great sense of humor, his quick wit, his intelligence and a voice that had to be on radio. Ric touched thousands of us throughout Eastern Iowa as he made us laugh in the morning and by getting a chance to meet him in person at the Farmers Markets, Bridal Fairs, Gown Town, the Z Proms or other events.

Ric was an entertainer on the radio for over three decades and before finding a home in Eastern Iowa, he was on the air on stations in the Ohio Valley, notably WKEE in Huntington, W.Va. Over his career Ric was a disc jockey, program director and music director. In addition to Schulte & Swann, Ric also helped launch radio station SmartFM and the KGYM CaddySmack show that combined two of Ric’s passions, radio and golf.

In addition to his work on the radio, Ric also very much enjoyed acting. Ric and his crystal blue eyes and unmistakable and distinctive voice were memorable as the ballpark announcer in The Final Season movie and as a police officer in Amelia 2.0. Ric also enjoyed performing with the Old Creamery Theater in shows, including “The Odd Couple” and “Rumors.”

Those that were fortunate enough to have met Ric knew that he was even a greater person than he was known to be on the radio. He was generous with his time, fun to be with and a thoughtful and caring friend. He was a very hopeful and thankful person of faith, even throughout his more recent significant health challenges. He leaves us with unforgettable laughs, memories and a legacy of how to live a life.

There will be a private family service for Ric in Ohio. The Roger W. Davis Funeral Home in West Portsmouth is caring for Ric and his family. Condolences may be sent to www.rogerwdavisfuneralhome.com.

Ric’s family would like to particularly thank the staff of St. Luke’s Hospital and PCI in Cedar Rapids and Hospice of Hope-Ohio for their wonderful care for Ric during his courageous battle. 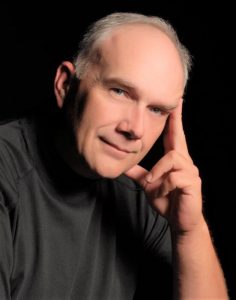