Funeral Services will be 1:00 p.m. Tuesday, April 12, 2022 at D.W. SWICK FUNERAL HOME in New Boston with Pastor Mark Baer officiating.  Interment will follow at Sunset Memorial Gardens in Franklin Furnace.  Friends may call from 5:00 p.m. until 7:00 p.m. Monday and one hour prior to the services on Tuesday at the funeral home. Online condolences may be left at DWSwickFuneralHome.com. 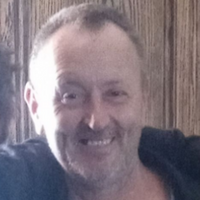