Larry Arnold Shepherd, 69, of Wheelersburg passed away Friday, April 8, 2022 at his home.  He was born August 8, 1952 to the late Fred Shepherd and Mary Lou Gannon in Portsmouth.  Larry proudly served in the U.S. Army during Vietnam.  After the military he worked on the Portsmouth Police Department, later worked at Mansfield Reformatory for four years and then retired in 1994 as a corrections officer at Southern Ohio Correctional Facility.  He earned an Associates Degree in criminal justice from Shawnee State University.  Larry loved riding motorcycles and he especially loved his family.

Funeral services will be held at 12:00 (NOON) Wednesday, April 13, 2022 at D.W. SWICK FUNERAL HOME in New Boston with Dave Parker officiating and Interment to follow at Old Wheelersburg Cemetery with graveside military honors provided by the James Dickey Post #23 of the American Legion.   Friends may call at the funeral home one hour prior to the services on Wednesday.  Online condolences may be left at DWSwickFuneralHome.com. 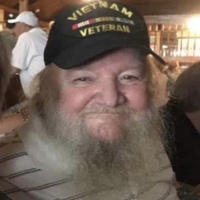