Although Jared had no children of his own, he certainly had several that he held very dear to his heart. Words could never express the pride and joy that being “Uncle Jared” brought to his life. Jared’s love of these children was undeniable in both his words and actions, any time they were in his presence. Uncle Jared beamed with proudness as he “pampered his princesses” and toughened up his “little guys”, always wanting to provide something that demonstrated how much he loved them.

Anyone that knew Jared, was well aware of the connections he built beyond what was “expected”. Jared had a deep, unconditional love for so many… not just by blood, but by choice.

Uncle Jared, you will be missed and never forgotten

Funeral services will be 12:00 p.m., Saturday, April 9, 2022 at Botkin Hornback Funeral Home with Pastor Jeff Brewster officiating.  Family will received friends from 10:00 a.m. until time of service on Saturday.

In lieu of flowers donations may be made to the Waverly City Schools C.O.P.E program, 1 Tiger Drive Waverly, Ohio 45690 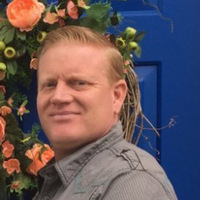