Virginia Sue Rockwell, age 92, of Portsmouth, died Wednesday, March 30, 2022, at Hill View Retirement Center.  Born on September 13, 1929 in Portsmouth, she was the daughter of the late Clarence H. and Martha Jane George Miller, and a 1946 Graduate of Clay High School and was member of Valley United Methodist Church.

A Celebration of Ginny’s Life will be held at 11:00 a.m. on Saturday, April 2nd, at the BRANT FUNERAL HOME IN SCIOTOVILLE.  Interment will be in Rosemount Cemetery.

The family’s favorite charity is the Steven A. Hunter Hope Fund. 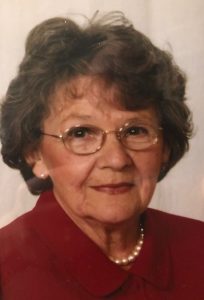