Tom was a 1960 Portsmouth High School graduate. He attended Miami University in Oxford, OH, for two years and received his Bachelor of Science Industrial Management degree from the Ohio State University in 1964. Tom was a member of Sigma Alpha Epsilon fraternity. In 1969, he received his JD from Salmon P. Chase College of Law. He was a private practice associate in the law firm of Bannon, Howland, McCurdy & Dever in Portsmouth; an Attorney with the United States Department of Justice; a Special Attorney under the United States Attorney for the Northern District of Illinois (Chicago); and retired from the Federal Trade Commission Division of Enforcement in Washington, DC. After retirement, Tom was a corporate consultant with regard to mergers, acquisitions and other antitrust and trade regulation matters.

Surviving are his brothers, Harold Ellis (Connie) Massie, Jr. of Portsmouth and James Steven Massie of Cincinnati; a niece, Kristina (Brian) Streeter of Napa, CA, and their two children, Emma and Ben; a nephew, Marc (Laurie) Massie of Chesapeake, VA and their children, Kaitlyn (Aidan) Pangelinan, Connor Massie and Christopher Massie; and one great-great-niece, Daisy Pangelinan. Tom is also survived by many special cousins and his friend and former co-worker Carig Tregillus (Lesley McPhaden).

A Memorial Service and Celebration of Tom’s Life will be held at 11 A.M. Thursday, April 21, 2022, in Edgewood Abbey Mausoleum at Memorial Burial Park in Wheelersburg, OH with Rev. Tom Charles officiating. The family will receive friends from 10:30 A.M. until the service hour. Arrangements are under the direction of the Ralph F. Scott Funeral Home in Portsmouth.

In lieu of flowers, contributions to a charity of your choice may be made to honor Tom’s memory. 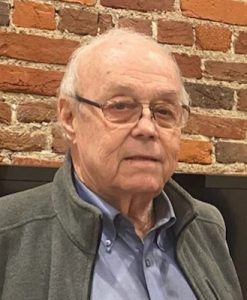