Proceeded by his parents Wallace Elliott Brown Jr of Connecticut and Anita Anne (Dean) Gibson of Chesapeake, Ohio. Also proceeded by his bonus-Dad, Bobby E Gibson; and his brother, Wallace Elliott “Chip” Brown III (2020, Omaha, NE). He is survived by his sisters, Vanessa Brown Grace and Kathleen “Katie” Akers Norton; as well as his brother, Anthony Scott Brown, all of Jacksonville, Florida. Nieces: Kirsten and Megan Brown. Nephews: Justin M Peacock, Ryan A Grace, and Zachary T Adkins. He is also survived by a loving Aunt, Nancy Gregg of Florida, and his cousins Chel & Terri.

Mike loved his Boxers and enjoyed breeding them to give others the same joy that he found in them. He was adventurous. He took up golf, skiing, scuba diving, and played softball. He loved music and would travel to festivals far and wide. He was an accomplished craftsman; he could quickly fix anything mechanical and build anything he put his mind to; rarely did anything ever stump him. He enjoyed metal detecting and relic hunting. He was featured in Western & Eastern Treasures Magazine twice for their “Top 10 Finds of the Year” issues. He enjoyed trout fishing and a good fish fry afterward. He had a passion for gardening and storing up fresh food to have year-round. He was quick-witted; strong-minded; tender-hearted; he left nothing on the table and played all out.

He was fiercely loved and we will miss him. Grateful for so many positive memories to carry us through. Rest In Peace, until we meet again go rest high on that mountain.

If anyone would like to honor Mike, he requested donations be made to the “Adopt a Boxer Rescue”. They were able to take in his girls Zoey and RooRoo which gave us all peace of mind that they would be placed in a loving home together. https://adoptaboxerrescue.com/donate/ In the description please note “In memory of Michael Alan Brown”.

Private services will be held at a later date at the convenience of the family. Arrangements are under the direction of the D.W. SWICK FUNERAL HOME in Wheelersburg. 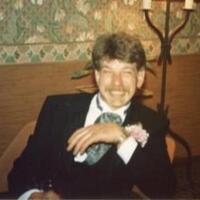