Victor Brady Cremeans, 98, of McDermott, Ohio passed away on Thursday, March 24, 2022 at the VA Hospice Medical Center in Chillicothe, Ohio where he was given the Last Salute through the halls of the VA.  He was born July 26, 1923 in Sciotoville, Ohio, son of the late Walter and Flora Cremeans.  On May 18, 1946 he was united in marriage to Virginia “Jenny” Rhoden Cremeans who preceded him in death on July 1, 2000.  Surviving are four children, Lee (Carolyn) Cremeans of New Carlisle, Ohio, Barbara Free of Lucasville, Ohio, Phyllis (Brian) Pertuset of McDermott, Ohio and Sharon (Duke Bebout) Cremeans of McDermott, Ohio; grandchildren, Jeff and Cindy Cremeans, Nate and Dakota Free, Amanda and Nicholas Pertuset, Dr. Sarah Cremeans and Hunter Bebout, Kevin Liles and Chris Cremeans Patton and great grandchildren, Marley, Railynn and Collin Free, Samantha, Abigail and Megan Cremeans, Austin Slusher and Myliyah Pertuset.  Victor was blessed with lifelong friends, Leonard and Hope Johnson, Walter Applegate, John Estep and Everett Meadows who preceded him in death. In addition to his parents and wife, Victor was preceded in death by a son, Kenny Cremeans, his brothers Russell and Walter (June) Cremeans and sisters, Thelma Steele and Georgetta Bayes.

Victor proudly served his country in the US Army.  He was a WWII veteran, 749thTank Battalion Army Division, recipient of two Purple Hearts, two Bronze Stars, French Invasion Medal, WWII Victory Medal, the Good Conduct Medal and Invasion of Normandy Medal.  He was the Northwest Alumni recipient of Veteran Award in 2021 and was a member of American Legion Post #23 for over 40 years. Victor also worked at Williams Manufacturing Company for 25 years until they closed then worked at Scioto County Recorder’s Office until his retirement in 1991. He was a loving father, grandfather and great grandfather and a lifelong resident of McDermott, Ohio.

Funeral services will be held at 2:00 p.m. on Tuesday, March 29, 2022 at Botkin Hornback Funeral Home in Otway with James Osborne, Minister officiating.  Burial to follow in Scioto Burial Park in McDermott with Military Honors by American Legion Post #23.  Family will receive friends on Tuesday from 1:00 – 2:00 p.m. at the funeral home.

The family is appreciative of the loving care of the VA Hospice Team in Chillicothe especially Dr. Rebecca Huston, NP Megan, and VA team 2. Also thanks to Dr. Scarberry in New Boston, Ohio and Vicky Abdella RN with the Area Aging on Aging and the Rest Haven Nursing Home in McDermott.

In lieu of flowers, donations may be made to American Legion James Dickey Post #23, 705 Court Street, Portsmouth, Ohio. 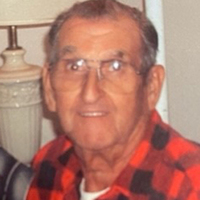