Bill was a 1954 graduate of Portsmouth West High School. His Senior quote, “Impossible? – No such thing!” During his attendance at West, he was very active in instrumental and vocal music and with the Boy Scouts of America, where he received his Eagle Scout, and later went on to become a Scout Leader and Scout Master in his adult years. He continued to support Scouting in the area and was very supportive of the restoration of Camp Oyo.

A life-long learner, he attended The Ohio State University, and later graduated from Ohio University with a Bachelor of Science Degree in Education. He went on to attend and graduate from the Ohio College of Podiatric Medicine. Following his graduation, “Doc” opened his practice in Portsmouth in 1971. During his years in practice, he also opened offices in both West Union and Ironton, Ohio, and enjoyed visiting area nursing homes to provide one-on-one care to his less ambulatory patients. He was also a proud United States Navy Veteran.

Bill was a big fish – an avid outdoorsman and sportsman who loved golfing with his son and others, fishing, and hunting. He was a spinner of yarns and singer of songs and performed at different times throughout his life. His curiosity was boundless. He had a taste for adventure and travel and loved flying and all things associated with aircraft.

Bill loved his community and served it. He was a member of Aurora Masonic Lodge #48 in Portsmouth, Scottish and York Rites, El Hasa Shrine, and the Southern Ohio Shrine Club. He was also a member of the Portsmouth Rotary Club and was active with the March of Dimes. He attended Cornerstone United Methodist Church.

Bill is survived by his loving wife Helen Merritt Wolery whom he met and fell in love with at OSU and married on December 17,1960 in Columbus, a son, William E. (Eva) Wolery of Portsmouth, 2 daughters: Jennifer L. Wolery of Knoxville, TN and Nancy A. (Jeffrey) Little of Columbus, a sister Martha Jean Wolery (Ray) Keller of New Bern, NC, 3 sisters in law: Donna Wolery of Portsmouth, Audrey Hilliard of Orient, and Sandra Wolery of Columbus, 5 grandchildren: Stephanie Hacker, Andrew (Maranda) Hacker, Anna Branham, Jacob Little and Jackson Little along with many, many loved nieces and nephews. 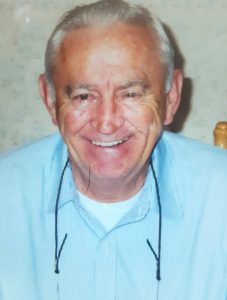