He was a United States Air Force veteran of the Vietnam War. Gary retired from Dayton Walther foundry. He was a member of the United Steel Workers and also the James Dickey Post 23 American Legion. He loved boating, fishing, deer hunting and was an avid fan of the Ohio State Buckeye football.

Graveside services will be 1:00 PM Thursday March 24, 2022 at Friendship Cemetery with Vicki Bloomfield officiating. Military Rites will be provided by the James Dickey Post 23 American Legion. Arrangements are under the direction of the Roger W. Davis Funeral Home in West Portsmouth. Friends may gather at the cemetery starting at 12:00 PM noon. Condolences may be sent to www.rogerwdavisfuneralhome.com. 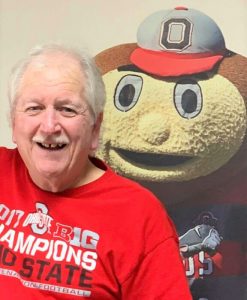