Daniel Joseph “Joe” Askew, 81, of Sciotoville, passed away Sunday, March 20, 2022 at Southern Ohio Medical Center. He was born February 26, 1941 in Portsmouth, a son of the late Clint and Julia Hamilton Askew.

A retired carpenter and bridge builder, Joe was a true family man. He was a hard worker, the best cook in the family and acted as a father figure to many. Joe was also an avid PHS Trojan fan and he had enjoyed hunting. The crew at Bob Evans treated him like a VIP and he loved them for that.

Joe was preceded in death on November 28, 2016, by his wife, Wynola Kay McGraw Askew.

Joe was also preceded in death by several siblings.

Funeral services will be held at 1 P.M. Friday at the Ralph F. Scott Funeral Home in Portsmouth, followed by interment in Waring Cemetery in Garrison, KY 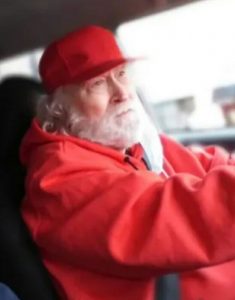