Larry Joe Schneider, 71 of Lucasville, died Wednesday March 16, 2022 at his home. He was born October 21, 1950 in Portsmouth to the late Lowell and Helen Warner Schneider.

Along with his parents he was preceded in death by a son Larry Michael Schneider, a brother Albert Schneider and a sister Gladys Schneider.

He was a United States Air Force veteran of the Vietnam War. He was a former Special Deputy for the Scioto County Sherriff. He was also a former security guard at SOMC for 17 years.

Funeral services will be 5:00 PM Saturday March 19, 2022 at the Roger W. Davis Funeral Home in West Portsmouth with Chad McNutt officiating. Military honors will be given by the James Dickey Post 23 American Legion. Friends may call at the funeral home on Saturday starting at 3:00 PM. Condolences may be sent to www.rogerwdavisfuneralhome.com. 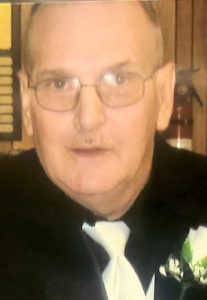