Charles Frederick “Fred” Ramsey, 85, of Lucasville, passed away at the SOMC Hospice Center on Wednesday, March 16, 2022. Fred was born in Portsmouth on January 19, 1937 to the late Charles Franklin and Josephine Dennis Ramsey.

Fred was a faithful member of Evangelical United Church of Christ and studied his bible daily, having fully read it over 20 times. He retired from the former Warner Lambert Co. after 22 years as a sales representative. He was a member of the Aurora Masonic Lodge #48 and was a Knight Templar. An amateur radio buff and a 1955 Portsmouth High School graduate, Fred also served in the Army and Marine Corps Reserves.

Surviving is his wife of 65 years, Eleanor Jane Dever Ramsey, whom he married in Portsmouth on February 8, 1957. Also surviving are his children, Charles Dennis (Kathleen) Ramsey of Winter Springs, FL, Sandra Jane Rupp of Broadlands, VA and Marsha Kay Fraley of Waverly; a sister, JoAnn (Donald) Miller of Lucasville; and three grandchildren, Ian and Abigail Rupp and Aubree Fraley.

Fred was also preceded in death by his daughter, Carole Lea Ramsey; and grandson, Gavin Rupp.

Funeral services will be held Thursday, March 24, 2022, at 2 P.M. at the Ralph F. Scott Funeral Home in Portsmouth with Rev. Tim Roth officiating. Interment will be in South Webster Cemetery.

The family will receive friends at the funeral home Thursday one hour prior to services. 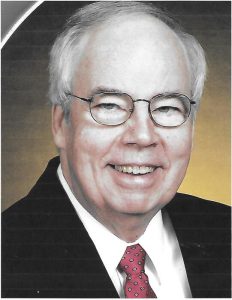