Robby Adam Smith, 30, of Piketon, passed away on Thursday, March 10, 2022 at Ohio State Wexner Medical Center in Columbus.  He was born on January 9, 1992 in Georgetown to David K. (Tisha) Smith of Piketon and Deborah Jean Davis of Hillsboro.  On September 24, 2018 he was united in marriage to Shianna Hardin Smith who survives.  In addition to his wife, Robby is survived by his children; Layla, Laiken and Gavin; sisters, Valerie Elliott of Hillsboro, Chasity (Tim) Noble of Massieville and Wendi Smith of Circleville and his grandmother; Judy Duke of Piketon.

Funeral services will be held at 1:00 p.m. Wednesday, March 16, 2022 at Botkin Hornback Funeral Home in Waverly.  The family will receive friends from 11:00 a.m. until the time of the service at the funeral home.  Burial will follow in Mound Cemetery in Piketon. 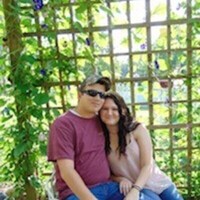