Skip to content
FacebookEmail
| logout
Billy Jo Gilliam 87 of Portsmouth went to be with his Lord and Savior on March 13th at Best Care Nursing home in Wheelersburg. Billy Jo was preceded in death by his wife Sandy Brisker-Gilliam that he was married to for 69 years. Along with his parents Russell and Irma Gilliam, 3 sons Rick, Mark and Barry Gilliam and grandson Brandon Gilliam. Billy Jo was known for many things in his life. One of them being the love he had for his Lord, and being able to show that in music with The Eastern Sunrise Quartet. He was a long time member of Cedar Street Church of Christ and Christian Union and also The Gideon. Another was being in I.B.E.W. Local 575 where he has been a member for 67 years. Although many would say that he worked harder trying to get out of work.

Billy Jo leaves behind a son Blaine Gilliam of Minford, a daughter in law Sandy Gilliam of Portsmouth, 9 grandchildren Angie, Christi, Justin, Blaine David, Sarah, Matt, Mark, Zach, Lindsay, and Tabitha. And 17 great grandkids. He will be terrible missed by all.

Funeral services will be held 11:00 a.m. Thursday, March 17, 2022 at D.W. SWICK FUNERAL HOME in New Boston with Pastor Brad Angus officiating.  Interment will follow at Sunset Memorial Gardens in Franklin Furnace.  Friends may call at the funeral home Wednesday, March 16, 2022 from 5:00 p.m. until 7:00 p.m. and one hour prior to the services on Thursday at the funeral home. 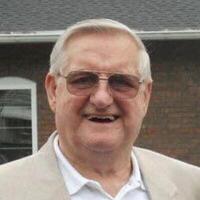