Darrel B. Mershon, 70, passed away at SOMC Hospice, surrounded by family, on Friday, March 4, 2022.  Darrel was born on September 3, 1951 to the late Kenneth and Frances Ramey Mershon, in Portsmouth.   Darrel was a graduate of East High School and SSU’s Paramedic Program.

Darrel retired from United Parcel Service with 32 ½ years of service and served as a union steward for many of those years.  He owned one of the first lawn care services in Portsmouth, The Lawn Ranger.  After retirement from UPS, Darrel graduated from the SSU Paramedic Program and worked for many years as a paramedic for Portsmouth Ambulance Service, Kings Daughters Ambulance Service and, up until his passing, Rosemount Squad 12.

Darrel is survived by his wife of 20 years, Barbara Duncan.  Also surviving are his children, Chris (Jennifer) Mershon and Angie (Scott Hutchison) Mershon, four grandchildren, Chantel Lathrop, Cheyanne Mershon, Hunter Mershon and Claire Hutchison along with four great-grandchildren, Bryson, Easton, Alyvia, and Jayce, all of Knoxville, TN.  He is also survived by one brother, Steve Mershon (Candi Moore) of Granville, OH, one sister, Linda Moore of Portsmouth, OH and his very best friend in the world, his cousin Jim Ramey of Portsmouth, OH.

The family would like to thank SOMC Hospice for the extraordinary care that they provided, which makes SOMC Hospice the family’s most precious charity.

Arrangements are under the direction of Brant Funeral Service in Sciotoville.  Per Darrel’s request, no services are planned. 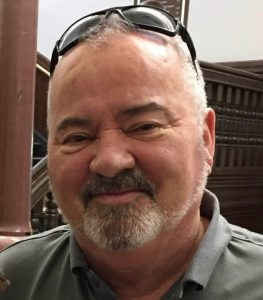