George Neil Dixon, 95, of Waverly, Ohio passed away Monday, February 28, 2022 at Adena Regional Medical Center in Chillicothe, Ohio.  He was born January 29, 1927 in Dailyville, Ohio to the late George F. and Editha Mae Holton Dixon.  On December 31, 1956 he was united in marriage to Betty Ann Dixon who preceded him in death on November 14, 2019. Surviving are his children, Linda Cox of Waverly, Tammy (Steve) Alexander of Bainbridge, Ohio, Tim Dixon of Waverly and Tracy (Jason) Bucher of Waverly; grandchildren, Angie Cox, Wendy Alexander, Patricia Alexander, Steven Alexander Jr., Paige (Wes) Thompson, Ryan Bucher and Abigail Bucher; great-grandchildren, Harper and Toby Barras; and a sister, Claire Carrier.  In addition to his parents and wife he was preceded in death by three brothers, Marion Holton Dixon, Lewis Dale Dixon and Jack Lee Dixon.

George served two years in the United States Army 28th Infantry Division as a radio operator. After his discharge he was employed by Norfolk and Western Railroad. He worked at the Waverly Building and Loan Company for nineteen years and served as a director for more than three decades.  He served as president of the Board of Directors for five years.  He is a past member of the Advisory Board for American Savings Bank and retired from American Electric Power after twenty years.  He served as a Waverly City Council member for fifteen years and is a past council president and Mayor Pro Tem of Waverly.  He was a member of the American Legion, the Masons, and the Scottish Rite for over fifty years.  He was a Kentucky Colonel and has served on many civic projects and community organizations in Waverly.  He was also a retired auctioneer.

Funeral services will be held at 12:00 pm Friday, March 4, 2022 at Botkin Hornback Funeral Home in Waverly with Pastors Larry Williams and Frank Klobucar officiating.  Burial will follow in Evergreen Union Cemetery on Bridge St. in Waverly.  The family will receive friends from 4:00 – 6:00 pm on Thursday March 3rd and for one hour prior to the service at the funeral home. 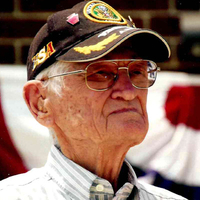