Lawrence Ray Montgomery, 91, of Eden Park went home to be with his savior on Tuesday, February 22, 2022, surrounded by his family.  Ray was born November 7, 1930. He was a graduate of New Boston High School, a veteran of the U.S. Marine Corp serving in Korea.  Retired from the Detroit Steel Corp. and the Ohio State House as Assistant SGT of Arms.  He served many capacities in his church over the years, he attended Riverview Wesleyan Church in Portsmouth.

Funeral services will be held 3:00 p.m. Thursday, February 24, 2022, at D.W. SWICK FUNERAL HOME in New Boston with Rev. Jack Fletcher officiating.  Interment will follow at Sunset Memorial Gardens in Franklin Furnace with Military Graveside Honors provided by the James Dickey Post of the American Legion Post #23.  Friends may call at the funeral home from 1:00 p.m. until 3:00 p.m. on Thursday. Online condolences may be left at DWSwickFuneralHome.com. 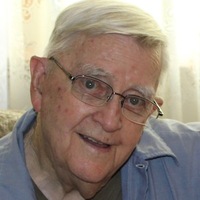