Heather Nicole Boots, 41, of Portsmouth passed away Thursday, February 24, 2022 at Southern Ohio Medical Center. She was born, April 20, 1980 in Portsmouth to Donald Boots and Dorrie Belford. Heather enjoyed spending time with her grandchildren. She also liked to go bowling, play pool and listening to music.

Funeral services will be held at 12:00 (NOON) Tuesday, March 1, 2022 at D.W. SWICK FUNERAL HOME in New Boston. Interment will follow at Greenlawn Cemetery in Portsmouth. Friends may call one hour prior to the services on Tuesday at the funeral home. Online condolences may be left at DWSwickFuneralHome.com. 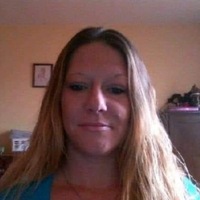