Charles Milby “Sugar” Vaughn, 78 of West Virginia formerly of Portsmouth, died Thursday February 24, 2022 at his home. He was born May 6, 1943 in Scioto County to the late Charles and Mary Blevins Vaughn. Along with his parents he is preceded in death by a daughter, Mary Vaughn, and a sister Bonnie Kinder and a half sister Annabelle Edmisten

Over his lifetime Charlie held many jobs, but he excelled at being an amazing dad, papaw, and pap pap. He was an avid bluegrass fan, and he spent decades selling tickets at the Mountaineer Opry House with his dear friends Larry Stephens and Ralph Hensley. Anyone that knew Charlie knew he loved to tell jokes and had an amazing laugh. Bicycle Pap….We love you!

Funeral services will be 1:00PM Monday February 28, 2022 at the Roger W. Davis Funeral Home in West Portsmouth with David Ratcliff officiating and interment in Sunset Memorial Gardens. Friends may call at the funeral home on Monday from starting at 11AM. Condolences may be sent to www,rogerwdavisfuneralhome.com 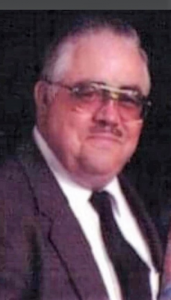