Jack L. McDermott, 71, of Lucasville passed onward from this world to Heaven on February 19, 2022, at Southern Ohio Medical Center in Portsmouth. He was born April 26, 1950, in Portsmouth, Ohio. He was raised in Friendship, OH by his loving parents, Robert A. McDermott and Treva Shaw McDermott Sizemore with whom he is now reunited. They are joined by his brother, the late Roger (Jackie) McDermott also of Friendship, OH.

Jack graduated from Portsmouth West High School in 1968. While a student, Jack met Sandra Ingles. On December 7, 1969, Jack and Sandy became Mr. and Mrs. Jack McDermott in a small ceremony at the family home in Friendship. For fifty-two years, their lives have been dedicated each one to the other.

Jack, along with Sandy, loved and raised one son and two daughters: Bob (Charity) McDermott of Waverly, OH, Drs. Julie (Robbie) Miller of Rocky Mount, NC, and Drs. Traci (Steve) Clark of Nashville, NC. Jack’s children are truly thankful to him for his love, his leadership, and the many life lessons that he taught each of them by his example. Jack has eight grandchildren: Kailey and Kinsley McDermott (Waverly, OH), Gehrig, Landry, and Berkeley Miller (Rocky Mount, NC), and Regan, Gavin, and Avery Clark (Nashville, NC).

In 2015, Jack and Sandy adopted Mac, a kid of the furry and four-legged variety. Jack taught Mac how to speak English and how to navigate long trips from the custom-built dog bed that was secured to the center console. Together, the two mastered the Art of the Recliner.

On many occasions, Jack and Mac could be found at car shows where they would enter their 1933 Ford Speedstar into the competition. Jack was fluent in the language of the Car Guy. He could talk about compression ratios, carburetors, and the chemical properties that made one brand of car wax superior to all others. He and Mac almost always left the car show with a tall trophy and a good story.

It is widely reported that Jack extolled the virtue of torque wrenches, but, by the evidence of an abundance of stripped bolts, it appears as though he rarely used one. On any given day, Jack and his neighbor, Buck Pollard, could spend three hours talking about the best way to do a twenty-minute job. Afterward, the two could spend another three hours talking about how they did the twenty-minute job perfectly.

Between car shows, three-hour conversations, and twenty-minute jobs, Jack could often be found helping Sandy with all the projects that have made their home beautiful. Jack was an aficionado of big garages, and he appreciated the aesthetic of a perfectly striped lawn. Unfortunately, roving mobs of ground moles foiled his attempts at striping his own lawn for nearly forty years.

By hard work and God’s Blessing, Jack was able to live a wonderful life. Jack worked for several years as an independent, owner-operator truck driver between construction and carpentry jobs. He was a member of Carpenter’s Local 437. For somewhere around 25-years, Jack was a fixture at the chemical plant in Haverhill, OH. Over his years at the plant, he set forms for thousands of yards of concrete, he built miles of scaffolds, and he dominated lunchbreak Eucre competitions by devising subtle hand signals that are still unknown to his competitors. His former Plant Manager over Maintenance, Clyde Mowery, described Jack as, “The best worker and kindest soul I know.”

After retiring from fieldwork at the chemical plant, Jack spent several years overseeing Capital Projects at the same plant that he helped to build and maintain. In that time, he led crews of workers who he respected and who, likewise, respected him.

In closing, Jack McDermott lived with integrity and died with dignity. He said that he would miss us all. Without a doubt, we will miss him more.

Funeral services will be held at 1 P.M. Friday at the Ralph F. Scott Funeral Home in Portsmouth with Brother Garret Fitch and Pastor Tyler Breech officiating. Interment will be in Friendship Cemetery.

In lieu of flowers, the family requests donations be sent to Garret Fitch Ministries, P.O. Box 425, Minford, OH 45653 or online at garretfitchministries.com. 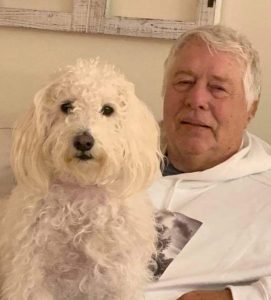