Dennis, as he is known by family and friends, was born October 2, 1956, in Chillicothe, Ohio, to Joe Paul and Nancy (Whitt) Rapp.

He attended Waverly Schools, where he participated in a variety of sports activities.  Dennis was multi-talented and worked in various fields including manufacturing, farming, and lumber grading.  He also served in the United States Army.

He enjoyed fishing and hunting and was an avid Cleveland Browns and Cincinnati Reds fan.  His greatest love was his animals, including many cats, and his best friend “Gizmo,” his dog, who he walked daily and   spent many enjoyable hours with.

He is survived by his son Phillip Rapp of Chicago, Illinois, grandson Caleb Rapp, also of Chicago, Illinois, brother Joe “Douglas” Rapp of Waverly, Ohio, sister Anita “Jayne” Alleman of Huntsville, Alabama, and special friend and longtime companion Cathy Kitts of Piketon, Ohio, as well as many nieces and nephews.

He is preceded in death by both parents and three sisters, Diana Carle, Pamela Ingram, and Paula Ortman.

A private celebration of life is being planned by family and friends.

In lieu of flowers, memorial donations can be made to the Pike County Humane Society. 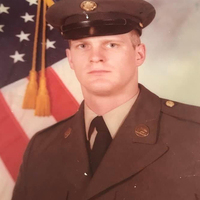