Luke was born April 13, 1981 in Portsmouth, Ohio to Dennis May of Minford, and the late Jerri Lee Shaw May Noel of Portsmouth.

He was employed by the City of Portsmouth, where he maintained the grounds at Greenlawn Cemetery. Luke was a former TSgt in the U.S. Air Force, proudly serving from 2000 to 2014. He graduated in 1999 from Valley High School. He loved camping, hunting, fishing, playing the drums, and being a father.

In addition to his mother Jerri Lee, he was preceded in death by his grandparents Gene and Ruth May, Robert and Stella June Shaw, and cousin Kelly Dawn Euton Bowling.

A private family interment service will be conducted by Melcher Hammer Funeral Home in Portsmouth. 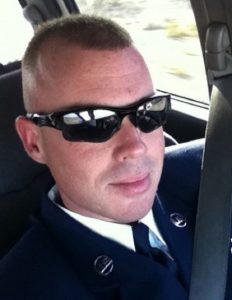