Kenneth “Buck” Wayne Webb, 60 of West Portsmouth, died Wednesday February 9, 2022 at his home. He was born January 17, 1962 in Portsmouth to the late Doris Jean Webb and Kenneth Comer.

Along with his parents he is preceded in death by a sister Sharon Kay Webb.

Funeral services will be 1:00PM Wednesday February 16, 2022 at the Roger W. Davis Funeral Home in West Portsmouth with Keith Webb officiating. Friends may call at the funeral home from 6 to 8:00 PM on Tuesday and one hour prior to the service on Wednesday. Condolences may be sent to www.rogerwdavisfuneralhome.com 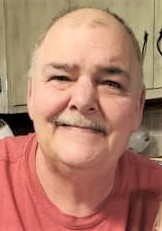