Jack Lee Dixon, 88, lifelong resident of Waverly, Ohio passed away peacefully on February 18, 2022, surrounded by family in his apartment at Bristol Village Assisted Living.  Jack was born on August 28, 1933, to George and Editha Dixon at his family’s Old Home Place at Lake White.  He was the fourth of five siblings who grew up and remained in Waverly their entire lives.

After graduating from Waverly High, Jack served in the U.S. Army Combat Engineers from 1953 to 1955 where he was stationed in Germany.  He looked back with pride on his service and talked often about his trips on leave to Heidelberg, Paris, Cannes, and across Europe.  On November 10, 1960, he married Anna Lea Mills – admittedly the best decision he ever made.  They were married for fifty-two years until Ann’s passing in 2013 and together raised two sons, Dan and Galen.  Jack was always supportive of his sons’ activities throughout their school days and never missed a Tiger game.  He also had a rewarding forty-three-year career as an operator for the Norfolk & Southern Railroad.  He worked very hard across all shifts in train depots in Columbus, Chillicothe, Waverly, Portsmouth, and Circleville.

Jack and Ann were long-time members of the Canal Church of Christ, Waverly and he will be missed by his brothers and sisters, there.  Jack was also a life member of the American Legion, V.F.W. and AMVETS.  He was a voracious reader of all literature, but especially the writings of Mark Twain.  Jack studied all of Twain’s work and read his books many times.  Twain’s turn-of-phrase, wit, and outlook on life were appealing and Jack rarely missed an opportunity to drop a relevant quote from Mark Twain into a conversation.

After retirement, Jack was most proud of his volunteer work with the American Legion Post 142 Honor Guard.  He felt privileged to serve alongside his fellow members as Sergeant-at-Arms of a unit that conducts graveside services for veterans, raises the flag at high school games, and leads the annual Memorial Day parade.  For his unfailing dedication to the Honor Guard and for performing many hundreds of veterans’ services over the past twenty-five years, Jack was recognized as the 2018 Pike County Chamber of Commerce Citizen of the Year.  The Honor Guard misses their comrade and will raise a toast to his memory.

Jack will be deeply missed by his sons, Dan (Sally) and Galen; grandsons, Sam and Taylor; granddaughters, Megan (Charles) and Audrey, brother, George Neil; sister, Claire; nieces and nephews, extended family, and many good friends from the American Legion, McDonalds, and the Senior Center. In addition to his wife, Ann, Jack is preceded in death by Galen’s wife, Tracy and brothers, Dale and Marion.

Jack’s family would like to extend great thanks to the nurses, staff, and residents of Bristol Village who enjoyed his friendship and returned it many times over these last years.  Jack’s sons especially thank their Aunt Claire for her love for their dad and her support during the past few weeks.

In lieu of flowers, donations can be made in Jack’s name to the American Legion Post 142 Honor Guard, National Church Residences Hospice Care, or a charity of your choosing. 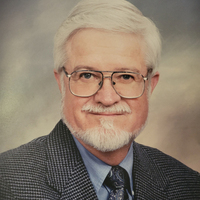