He was preceded in death by his parents, his first wife Joan, a son Bill Wall, and siblings, Alva Sutton, Maxine Potter, Virgil Montgomery, Raymond Montgomery, and Albin “Tom” Montgomery.

Hal retired in 2004 as a machinist with National Lime and Stone in Carey after 36 years.

The funeral will be held at 11:00am Friday, February 25, at the Roberson Funeral Home in South Shores, with burial taking place after service in Montgomery Cemetery.

Memorials by be made to Hospice of Wyandot Memorial and can be sent to Lucas-Batton Funeral Home, 476 S. Sandusky Ave. Upper Sandusky, OH  43351.

Online condolences may be sent to www.lucasbatton.com. 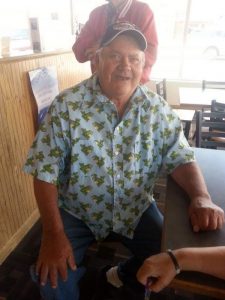