Whether you knew her as Darlene, Mom, Granny, Mamaw, Aunt or Friend she’ll be greatly missed by all, until we meet her again in Heaven someday.  As for now she is watching over us.

Funeral services will be held at 1:00 p.m. Tuesday, February 22, 2022 at Open Door Fellowship on Bridge St. in Chillicothe, Ohio.  Burial will follow in Londonderry Cemetery.  The family will receive friends from 11:00 am until the time of the service at the church.

In lieu of flowers memorial donations may be made to the funeral home to help the family with expenses. 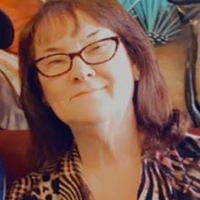