Joshua D. “J.D.” Burke, 64, of Waverly passed away on Friday, February 11, 2022 at his residence after a courageous battle of 7 years with Stage 4 Lung Cancer.  He was born on June 8, 1957 in Williamson, West Virginia to the late James H. “Herschel” Burke and Sherwood Smith Burke.  Surviving is his wife and best friend of over 20 years, Lisa Chaney Pfeifer; his children, Josh Burke of Columbus and Jessica Burke of Clearwater, Florida; five grandchildren; brothers, Gary Varney, John B. (Meg) Floyd, Larry (Carol) Floyd, Wally (Donna) Floyd, Jimmy Burke, and Mark Burke; sisters, Darlene Bocchichio, Beverly (Jim) Mangum-Cornish, Pam Wall and Bernadine Burke; J.D. is also survived by many nieces and nephews.  In addition to his parents, he was preceded in death by two brothers, Terry Hatfield and David Floyd and two brother-in-laws, John Bocchichio and Mark Wall; and sister-in-law, Maureen Burke.

J.D. was a retired union carpenter and was a member of the Carpenters Local Union #437.  The family of J.D. would like to extend a special thank you to the team of staff and physicians that provided care for J.D.

A Celebration of Life will be announced at a later date.

In lieu of flowers donation may be made to the Community Action Committee of Pike County’s Crisis Fund.

Arrangements have been entrusted to Botkin Hornback Funeral Home in Waverly. 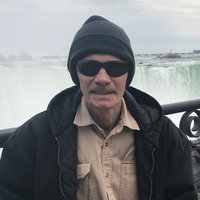