Billy Joe (Bobby) Cain, age 52, of Chillicothe, Ohio passed away February 5, 2022 at Norton Audubon Hospital in Louisville, Kentucky.  Billy was a member of The Church of Jesus Christ of Latter Day Saints in Chillicothe, Ohio, a graduate of Waverly High School and was employed by Sofidel America in Circleville, Ohio.

Billy was an avid outdoorsman who loved hunting and fishing with family and friends.  He enjoyed playing pool and spending his spare time with his nephews, Dale and Cody Allen and great niece Natalie.

Funeral services will be 10:00 a.m. on Saturday, February 12, 2022 at Botkin Hornback Funeral Home with Bishop Ronald Keith James officiating.  Burial will follow in Evergreen Union Cemetery on Bridge Street in Waverly.  Family will receive friends at the funeral home from 4:00 – 7:00 p.m. on Friday. 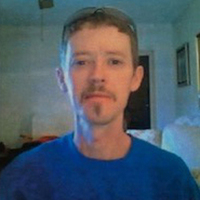