Robert “ Bob” Harlan Johnson Sr. Born February 26, 1942, he was the eleventh of twelve children born to Elwood and Agnes Allison Johnson in Clifford, OH. Bob died January 28, 2022 at St. Mary’s Medical Center in Huntington, WV. He was proceeded in death by his parents, three siblings in infancy, and the following brothers: Darrell, Walter, Raymond, Kenny, and Russell Johnson. Also proceeded by sisters: Betty Ann Neal and Ruth Rowley, and special nephew, Sanford “Gene” Picklesimer, whom he considered a brother. He is survived by one sister, Mary Holland, of Tallahassee, FL., and three children; Robert Johnson Jr (David Reeves) of Mobile, AL., Carl Johnson of Columbus, IN, and Suzanne (Keith) Smigle of Marion, OH. He is also survived by grandchildren Devin and Taylor Smigle of Ohio. He also left behind his beloved dog, Maya, who kept him alive the last few years. A memorial service will be held with interment of his ashes at a later date under the direction of the D.W. SWICK FUNERAL HOME in New Boston. Bob served in the U.S. Army in the early ‘60’s. He was a machine operator with glass factories in both Indianapolis, IN and Gulfport, MS for over 20 years. He moved back to Portsmouth to be close to family after his retirement. He had resided at Close to Home Assisted Living in Ironton the last 2 1/2 years. He will be missed not only by his children and grandchildren, but also by his numerous nieces and nephews and extended family. Online condolences may be left at DWSwickFuneralHome.com. 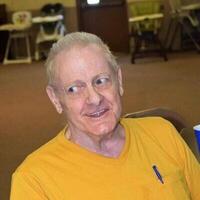