Homer retired from the U.S. Army.  After serving his country he also retired as a truck driver.

Funeral service will be 12:00 p.m. on Monday, February 7, 2022 at New Covenant Church of Christ in Christian Union with Melody Wiseman officiating.  Burial will follow in Evergreen Union Cemetery on Bridge Street in Waverly.  Family will receive friends on Monday from 10:00 a.m. until the time of the service at 12:00 p.m. at the church.

Arrangements are in the care of Botkin Hornback Funeral Home in Waverly. 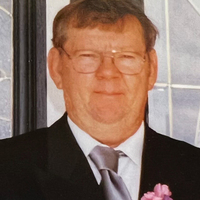